An Evil is in the Camp

Duty, Honor, Country. Thanks to the American soldiers who risk everything to ensure our freedom.

HERE is a stirring video describing what a warrior goes through on our behalf.

The First Commandment - What Does it Mean?

A Christian Prayer Without Jesus?

I take no pleasure in a post like this. I do it because it causes us to think and consider how easily even a solid christian leader like Dr. Ravi Zacharias can buckle to the "politically correct" pressures of our day.

In hindsight he should have declined the offer to chair the National Day of Prayer if it meant he would have had to have agreed to excluding the name of Jesus from the official event prayer, which is what he did, unfortunately. 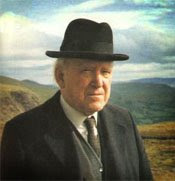 "You cannot separate what a man believes from what he is. For this reason doctrine is vitally important. Certain people say ignorantly, "I do not believe in doctrine; I believe in the Lord Jesus Christ; I am saved, I am a Christian, and nothing else matters". To speak in that way is to court disaster, and for this reason, the New Testament itself warns us against this very danger.

We are to guard ourselves against being "tossed to and fro and carried about with every wind of doctrine", for if your doctrine goes astray your life will soon suffer as well.

So it behoves us to study the doctrines in order that we may safeguard ourselves against certain erroneous and heretical teachings that are as rife and as common in the world today as they were in the days of the early Church."

Check out parts 1 and 2 of these videos. You will see a comparison of comments from Rick Warren and John Piper in both videos.

These clearly reveal how Warren distorts truth to accomodate his agenda.

"Almost Christians" with an "Almost Gospel"

Teaching Heathen How to Milk Cows

"I've made this statement a few times, that Baptists have a Calvinistic creed but an Arminian ministry. Therefore, mission work has largely been reduced to a social gospel, institutionalism, and teaching heathen how to milk cows... that's our present day mission program"

An Unfortunate "Falling Away"

"There is such a "falling away" in the number of genuine conversions -- we say "genuine" conversions because there are multitudes of those who come forward to shake some popular preacher by the hand, multitudes of card-signers, [hand-raisers] etc., etc.

Hence it is that there has been such a sad and such a wide-spread "falling away" from the old time family worship.

Hence it is that we now witness such a lamentable "falling away" from the mid-week prayer-meeting.

Hence it is that there is such an awful "falling away" from the observance of the Holy Sabbath.

Hence it is that there is such a fearful "falling away" from the moral standards of former days.

Hence it is that there is now such an ever-growing "falling away" from Sunday School attendance all over the land.

Yes, the "falling away" has commenced and is already far advanced.

The "falling away" which characterizes our day was referred to by the apostle when he said, "For the time will come when they will not endure sound doctrine; but after their own lusts shall they, heap to themselves teachers, having itching ears; and they shall turn away their ears from the truth, and shall be turned unto fables" (2 Timothy 4:8). That time has arrived! Church-goers today will not endure "sound doctrine."

Those who preach the total depravity of man, who insist upon the imperative necessity of the new birth, who set forth the inflexible righteousness and holiness of God, and who warn against the Eternal and conscious torment awaiting every rejector of Christ, find it almost impossible to obtain a hearing.

Such preachers are regarded as puritanical pessimists, and are not wanted. In these degenerate times, the masses demand that which will soothe them in their sins and amuse them while they journey down the Broad Road. The multitude is affected with "itching ears" which crave novelty and that which is sensational.

They have ears which wish to be "tickled," ears which eagerly drink in the songs of professional and unsaved soloists and [bands], ears which are well pleased with the vulgar slang of our modern evangelists.